A Moving Weekend in Columbus 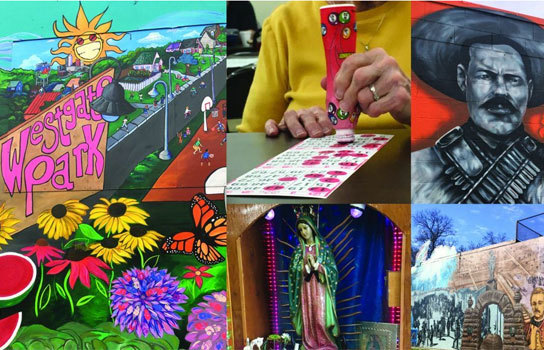 Last week I waited until the weekend to celebrate my 24th birthday, which ended up becoming a day well spent at Gallery Hop, among other merrymakings. This weekend I’m looking to keep the good vibes — and the good weather — going with events from the ColumbusMakesArt.com event page.

The Wexner Center for the Arts continues to be one of my favorite arts venues in the city. On Thursday, April 11, a theatrical release 50 years delayed comes in the form of Inquiring Nuns. The film follows two nuns peering into the lives of Chicagoans with the question, “Are you happy?” I’m expecting a moving feel-good story that will definitely make my Thursday.

Be the Street is a Hilltop community performance in its second year at the STEAM Factory. On Saturday, April 13, grad students from Ohio State and performers from the Albany Park Theater Project will perform with residents to share their own experiences through theatre, movement, and oral storytelling. I think this will be a moving one as well.

Known for pushing innovation and creativity, Opera Columbus — in collaboration with the Jazz Arts Group — will combine opera with jazz standards in a one-of-a-kind music mash-up. Opera Swing Jazz will feature an arrangement of the two art forms on Friday, April 12 and Sunday, April 14 at the Southern Theatre that is sure to be unique.

And the Lincoln Theatre is having an open house to celebrate the 10th anniversary of its grand reopening on Sunday, April 14. The free event will have live performances from artists and local art groups, hands-on activities and complimentary refreshments to celebrate the the last decade of programming the Lincoln has done — from its artist incubation program to its educational and creative programming.

That’s all the excitement I need, but other things are going on as well:

Catch the opening of Beowulf (and the Bard),presented by the Actors’ Theatre and taking place at MadLab starting Thursday, April 11.

Once again Edwaard Liang's incredible choreography leaps onto stage with BalletMet’s 2019 production of Cinderella, beginning with an early afternoon showing on Friday, April 12 and closing on Sunday, April 14.

The Nest Theatre will have the first of four showing of Anonymous, a crowdsourced play improvised by a talented, comedic cast, on Friday, April 12.

And as always, the second Friday of every month is Franklinton Fridays.

Nichole Moorman is the marketing intern for the Greater Columbus Arts Council. It might just be her, but 24 seems like such a weird age.