School’s Out for the Summer! 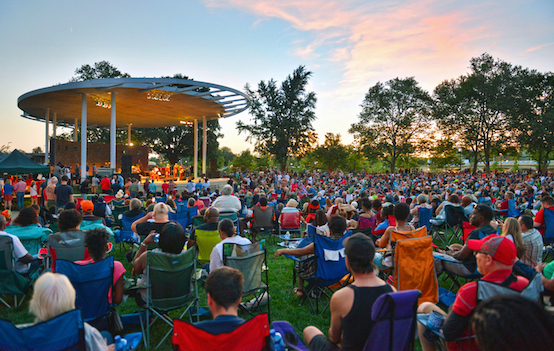 I know the official start of summer isn’t until late June, but Memorial Day always feels like the true start the season for me. The kids are done with school (OMG, when did that happen?!), the weather’s warming up, everyone’s making summer plans. (Hint, also the Columbus Arts Festival is coming…)

Columbus Recreation and Parks’ Rhythm on the River series has always been a favorite. Over the years we’ve seen everyone from Mavis Staples to the Blind Boys of Alabama. This year Rec & Parks is combining the series into a single Rhythm on the River Music Festival on Saturday, June 1. It’s looking to be an awesome day in Bicentennial Park, beginning with MoJoFlo in the morning and finishing with The Fabulous Thunderbirds at night.

While we’re downtown, we’ll hop the Art Circuit. From 10 a.m. to 4 p.m. on June 1, Smart Columbus’ shuttle will be traveling from Vets Memorial to COSI to Land-Grant to Gravity, visiting the chalk artists who are live painting different visions for the future of Columbus.

We’ll probably hit up Gallery Hop this Saturday, too. It’s our last chance to see Brandt-Roberts Galleries’ exhibition Visage or the collection of Carol Stewart’s new paintings at Hammond Harkins Galleries. And if we don’t make it to Gallery Hop, we’ll head over the river to the June Hilltop Art Hop that same evening.

Local theater productions are ramping up, too. CATCO just opened their latest show, Holmes and Watson, which runs through June 16. This weekend is your last opportunity to see Evolution Theatre Company’s production of The Vultures, a modern comedy offering a gay spin on the mystery genre. It closes June 1. Finally, this weekend Madlab hosts their sixth-annual F*ck Cancer Cabaret. I don’t know anyone who hasn’t been affected by cancer in some way, so catching their performances on May 31 and June 1 is a great way to be entertained while raising money for a good cause.

Happy end of May and beginning of June, everyone! Be sure to tag your summer arts adventures with #artmakescbus!

Nick is Marketing, Communications, & Events Administrator for the Arts Council. He also leads culinary tours and blogs about breakfast at breakfastwithnick.com. He thinks Leslie Jones is a national treasure.