Actors' Theatre of Columbus is a performing arts theater troupe located in Columbus, Ohio. It was founded in 1982 by Gary and Patricia Ellson, and was initially called Actors' Summer Theatre. Actors' Theatre presents plays by William Shakespeare and other time-honored authors with relevance to a contemporary audience. Actors' performs outdoors from Memorial Day weekend through Labor Day weekend at Schiller Park in German Village. In 1982 Actors' Theatre kicked off its first season with a single production of Shakespeare's "A Midsummer Night's Dream." The success of that season proved that Schiller Park was an excellent venue for open air Shakespearean theater, and the troupe has continued this tradition for over 35 years. Actors' Theatre performed its 100th play in Schiller in 2016. The troupe first performed on the grass, and later on a simple wooden stage erected at the southern end of Schiller Park. In 1995, a permanent stage was constructed on the troupe's traditional performance site. ATC's success is at least partly due to the popularity of open-air theater in Columbus, and the company has also staged successful productions at Columbus Commons, Easton, and the Columbus Arts Festival. Outdoor summer shows are free and open to the public, though donations are encouraged and vital to the continued success of Actors' Theatre. Actors' Theatre has a broad influence in the artistic community of the city, as well as educational outreach in schools and summer acting camps in Schiller Park. The Globe School, ATC's education wing, hosts classes for kids, teens, and adults, as well as professional internships for young theater professionals. In 2015, Actors' Theatre suffered the loss of visionary long-term artistic director John S. Kuhn. Playwright, actor and director Philip J. Hickman guided the company through the remainder of the season and was hired as Mr. Kuhn's successor in the artistic director's position. 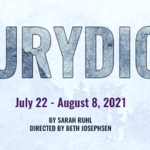 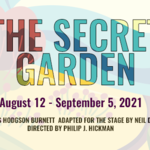 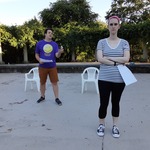 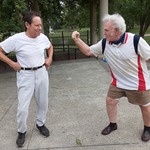