An innovative community project where Columbus becomes the gallery!

This first of its kind street art project engages local artists and members of the public to create a unique art installation across the entire city, bringing both local and national attention to the new arts marketing campaign: Art Makes Columbus/Columbus Makes Art and the Columbus Arts Festival.

The project is the brainchild of Columbus artist Stephanie Rond. Rond and fellow project director, artist Catherine Bell Smith, helped more than 600 people make tiles at the Columbus Arts Festival. To provide inspiration, 64 tiles were created by professional artists in visual arts, music, dance, film and performance in advance of the festival.

Approximately 300 of community tiles created at the Arts Festival were curated and installed in groups of five, each set containing an inspiration tile and four community tiles, on street signs across the city in mid- to late July 2015 for four weeks. The entire installation will spell out the word “ART” when pinned on a Google Map of Columbus. The project will take place again in 2017 at the Arts Festival and will be installed in the same locations in mid- to late-summer 2017.

Read the offical press release for Sign Your ART 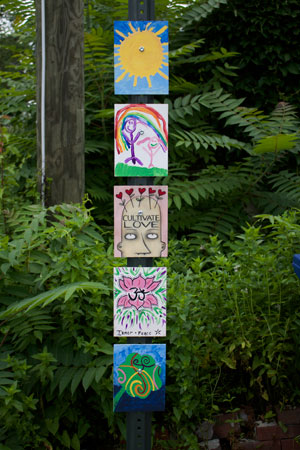 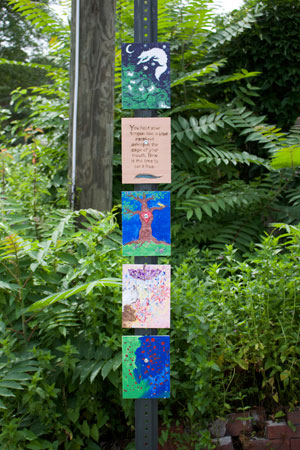 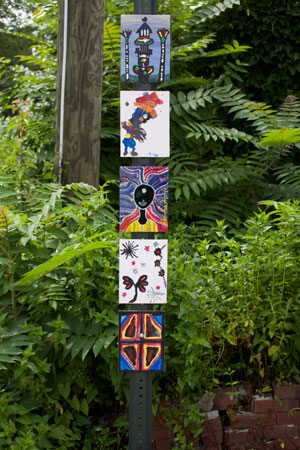 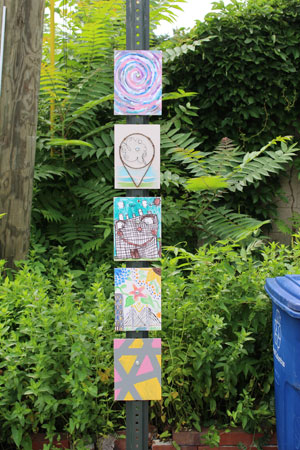